We love pugs! Adorable from the moment they are born, Pugs sure do have a way of putting their little pawprints all over our hearts. From their comical and loveable expressions to their fun personalities and even their love of cats, welcoming a Pug into your home and family is a very special thing indeed.

However, as you lay on the sofa last night, tickling those soft little paws and whispering sweet nothings into your beloved Pug’s ears, a thought may have crossed your mind; what were Pugs bred for anyways? It’s a good question, we all know about various dog breeds that were bred to ward off wild animals or act as protection to humans, but what about the precious little Pug?

Much we may put our darling pooch up on a pedastool, we haven’t lost our sanity altogether. We know that Pugs surely were not bred to fight bears or round up sheep! So, what were Pugs bred for?

The history of the pug

The history of the mighty Pug starts in China. In ancient times, Pugs were bred to be part of the families that ruled the country. Their role was that of a companion. Does that really surprise you? If you have a darling Pug to call your own, is this not a trait that you adore in your Pug? Do they not feel like your best buddy? Well, now you know that they were bred to be exactly that, a companion.

Chinese Emperors put a lot of importance on their pet Pugs, in fact, they were greatly valued. Pugs were known as royal dogs in China, they had soldiers to protect them and their ‘living quarters’ were luxurious. 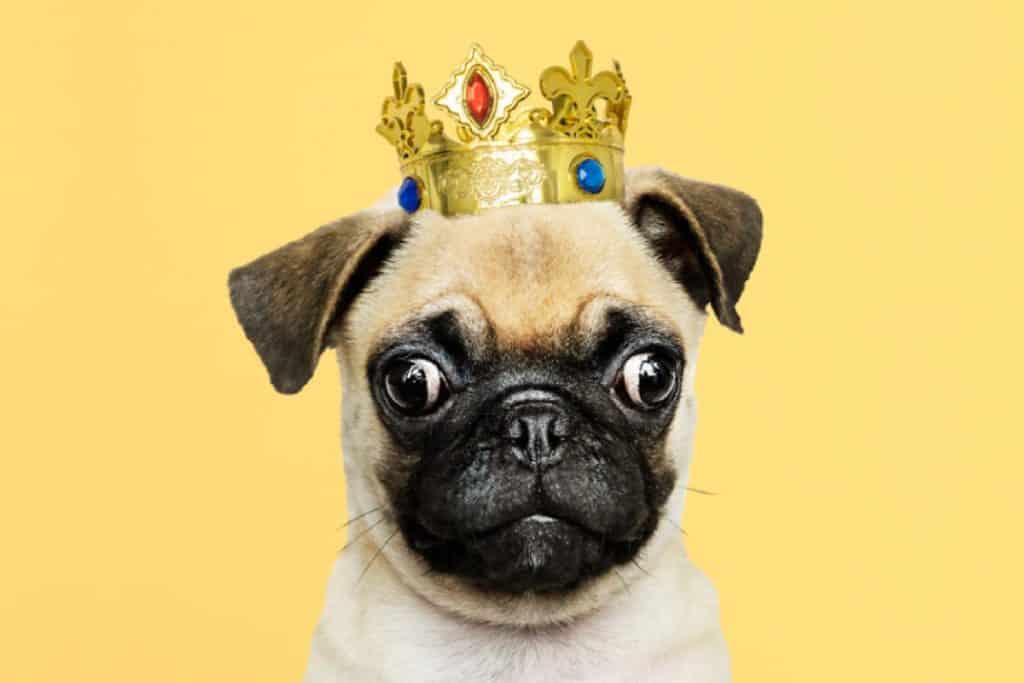 China didn’t get to keep Pugs as exclusively their own. The breed later spread to other areas in Asia. In fact, the Buddhist monks in Tibet had Pigs in their monasteries. Indeed, it is little wonder that the Pugs of today still show a sense of loyalty to their owners, it’s a trait that has been with them since ancient times.

In the year 1572, the Pug became the official dog of the House of Orange, thanks to a pug named Pompey who had a lead role in saving the life of the Prince of Orange. Pugs also became popular in other European courts. In Italy and Spain, Pugs rode up front on private carriages and were even dressed in matching outfits to the coachman. Now that may have just given you a new idea for the next outing you take with your precious Pug!

Indeed, the mighty Pug has a rich and fascinating history. Bred to be companions to Chinese royal families, this breed later spread into other areas of Asia and then to Europe. It seems that people down through the ages just couldn’t get enough of this darling animal. Have things changed today? Hardly! Pug owners today still treasure that sense of loyalty, companionship and personality that a Pug brings to their life.