Pugs are the most desired small dog breed of the 21st century. They have been winning millions of hearts since the dawn of 400 century BCE.

Although the illustrations discovered from the ancient times show features of pugs that were quite different from today, one thing has hardly changed – the cinnamon roll shaped tail that purebred pugs sport. 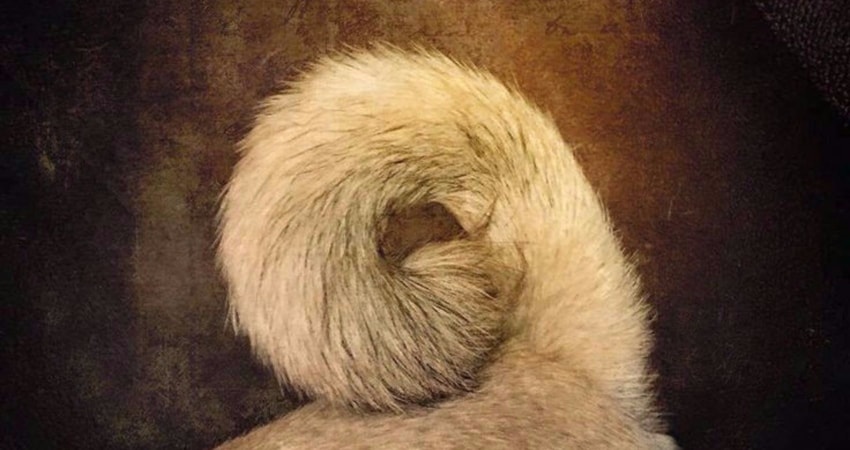 Funnily enough, when the puppies are born, they rarely have curly tails. Their tails assume the natural curls within the first few weeks.

The tails are a characteristic feature of purebred pugs. Both AKC and KC have their decisions made about how curled a pug’s tail should be for it to make the cut!

KC (The Kennel Club of the UK), FCI (Fédération Cynologique Internationale) and ANKC (Australian National Kennel Council) – tails should be high set and tightly curled over the hip. Double curl is most desirable.

Curls or no curls, that’s the question

If you are particularly keen about dogs, you may be able to remember a pug or two you have noticed without a curly tail. Tail curling is a phenomenon that is brought about by a distinct shape of the tail-bone seen in the pug and a few other small breeds. The tail bone is usually wedge shaped and that brings about the natural curl in a pug’s tail when held naturally.

The traits seen in this breed today are a result of hundreds of years of selective breeding. These traits have been selected by breeders and therefore almost all pugs are born with curly tails. But phenotype cannot always be determined externally. Just because the parent pugs have curly tails does not always mean that the puppy will also have a curly tail. As per the whimsies of genetics, a pug may have a non-curly tail.

A non-curly tail is very common when breeders pay too much attention to create the double curl. Sometimes, two pugs with loose tail curls are mated and this results in a litter with little to no tail curl. These puppies are still purebred and can be registered with AKC, CKC and KC but the lack of curled tail automatically disqualifies them from the show ring. 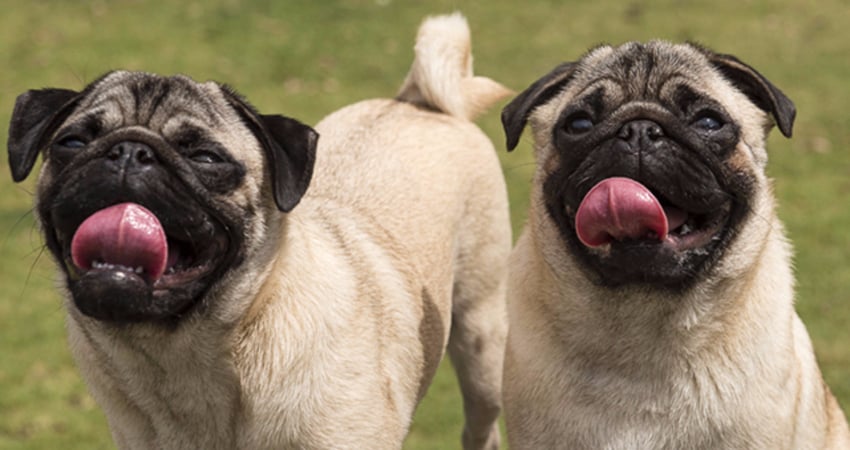 The tale of a tail

A weak set tail: this is when the tail has one loose curl that falls gently on the pup’s back. This is not uncommon in pugs. They are still registered but they do not make for good show dogs. A double curled tail is not possible from these dogs.

A single curled tail: this is again a trait that is very common but less desired in a pug. They naturally lift over the back. They have one natural curl and it swirls over the back with one swift loop. These pugs can be included among show dogs. And careful breeding with selected double curly tailed dogs can result in double curl pups.

Double curled tail: in this kind the tail comes with two swift curls. One curl is large and lose, and this feeds into a second curl that is tighter. Some of the rarer double curls are known to make two complete circles of the same radius. Only 25% of all registered pugs at the AKC, CKC and KC combined have double swirls. This is a highly desirable trait among all pug pups but it’s also extremely rare. So if your pug doesn’t have a double curl, don’t fret about it.

Which way should it curl?

What does the tail tell?

Like most other dog breeds, pug tails help in communication. They do very little swatting action or swaying action. But a happy pug will have a perfectly curled tail that does miniature-swaging motions in high frequency.

The tail also supplies the pug with balance. So if your pug is holding his/ her tail straight, they might be feeling a little dissatisfied with things around her. They can be stressed, exhausted or simply unwell. Tails are very good indicators of pug moods and a straight tail definitely tells you something’s amiss.

A pug puppy usually has a straight tail that assumes its natural curl(s) within the first few weeks. They start wagging their tails by the time they are about 7 weeks old. So in case your pug puppy does not have a curled tail even when he/she is more than 2 months old, you may need to take her to a vet to rule out health issues. 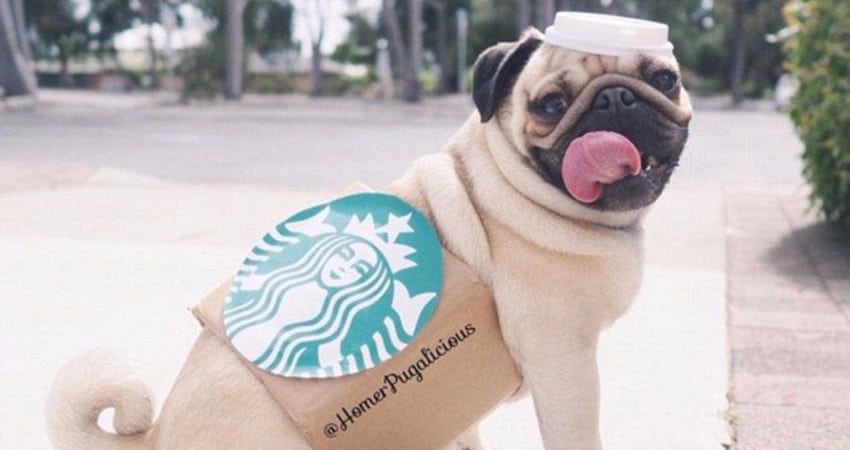 What does a limp tail signify?

Straight limp tails are common in older pugs. They lose their muscle tenacity to keep their tails curled. Some old pugs also lose the ability to wag their tails. But if his tail hangs down then your old pooch might be in distress and you should call your vet immediately.

A limp tail is less common in younger pugs and it is usually accompanied by a decrease in appetite. This is a condition seen in certain pugs, called “limp tail”. This happens when the pug has suffered an injury in/near the tailbone. The only way to diagnose is to do an X-ray. You will need professional veterinary help for the diagnosis and treatment, which usually involves pain meds, anti-inflammatory meds and ample rest for your pooch.

Pugs are tiny creatures with more mysteries than man can unfurl in one lifetime. They are creations of intelligent human breeding and each and every physical attribute is a defining factor of the breed. There are strict rules as per what features can get your pug inducted to the show circuits, to AKC and KC, and what features can get them disqualified. All in all, understanding these tiny pooches is a full-time job that requires love, observation and intelligence.

Keep yourself informed! We have gathered tons of useful pug tips , frequently asked questions and trivia for you here. Read on and get to know your pug better. Coz’ everything has a scientific explanation.