Have you ever seen a group of pugs together? You might have if you’ve ever gone out looking for a new pet for your home. If you’ve had pets before, then you know how awesome it is to have them, particularly dogs. These loyal creatures are usually quite energetic and happy to see you, and their need for activity (and going outside) makes it easier for you to be active and healthy yourself. Pugs, in particular, are good breeds for families given their activity level and energy, and while domestication over the decades has made them safe, they’ll still play the role of guardian against intruders. 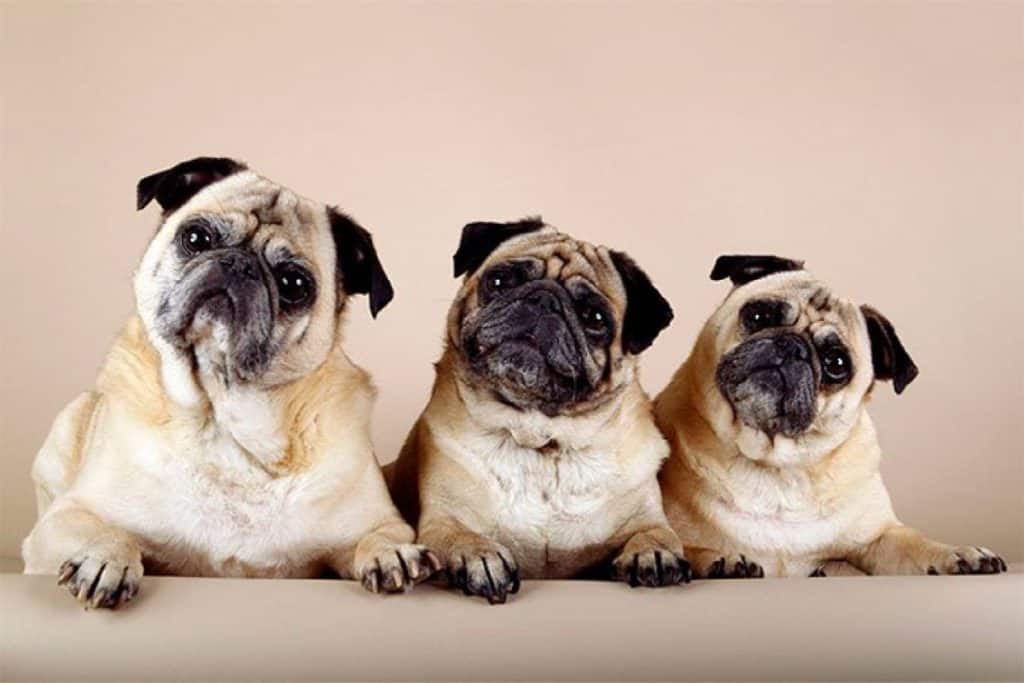 You might remember all these perks from the last time you owned a pet, even if it was decades ago. Maybe you’re looking for some companionship when living alone or you’re even adding to a current collection of pets and four-legged furry family members you already have. Perhaps you’ve even made the choice to get a pet for the first time and are out hunting for the first time.

Do you know what is a group of pugs called?

Whatever the case may be, you might be spending time between pet stores, breeders, and rescue shelters looking for a dog. In many cases, you’ll notice groups of pugs that are all together at once. Do you know what is a group of pugs called? There seem to be two possible answers, although they are very closely related to one another.

A Group of pugs is called “GRUMBLE”

According to some research, a group of pugs is called a ‘grumbling’ although this particular term is not favored or used anywhere nearly as widely as the more commonly accepted ‘grumble’. While grumble or grumbling might be something you know as a verb, as in someone complaining about something in a low volume, in either case about pugs they would be a group or collective noun.

The etymology behind calling a group of pugs a grumble or grumbling is not factually certain, although there are many theories. Many seem logical conjecture, but also might just be attempts at humor. Whatever the source of the word is, pugs are adorable and useful critters to have around your home should you choose to add one to your own home. If you love a pug enough, you might just choose to get a second one or more to have a grumble in your own home, although that can happen on its own if you get a female pug that gets pregnant.

To say simply “We Love PUG” would be a serious understatement.

This passion for Pug has been with the staff at Pug’s Home for a very long time and it will hopefully shine through in the articles and content we produce here on the site.  We have a staff of people who are dedicated to bringing you more than a recap of the latest tournaments and the high flying headline.  We want to show you that Pug’s Home is multifaceted and truly has a life all its’ own.