There are many experimental mixes of the pug to come up with new traits and appearances. One of the most explored mixes is the Pug and Pitbull mix, which is also known as Pugbull Terrier, PugBull, Pugabul and Pug-A-Bull.  They are all same. But when you try to gauge their characteristics, this will need you to get through a close understanding of the characteristics of the parent breeds. Only when you know how the parent breeds are to live with, you would be able to anticipate a mixture of both traits in the mix breed.

Check out this best dog harness

What is expected from the Pitbull- a lot to know rather

Many people dread the pitbull with a notion that it’s extremely aggressive a dog. But you can always handle a pitbull the nice way with proper training. The pitbull themselves are a cross breed made from the Terriers and Bulldogs. They are famous for their fighting instincts, protective power, and the power to pin down animals. Earlier they were used in dog fights and bull fights. Now they are used as family dogs after the US government has put a ban on dog fights. With proper training they can be excellent family dogs. They are affectionate and loving, very loyal to it’s owner and family, and they exhibit this love and loyalty with great dedication, protection, and affection towards the family and the master.

They are not great for socialization though, and a threat to other animals and pets in and around the family, house, or in the park. That’s because of their instinct to fight and pin down animals. They don’t shed much, and have a neat and firm short furry coat. They are muscular, with a wide jaw, big mouth, and a big head.

They are very active, and needs much more exercising and play than other dog breeds, that is why they are not at all fit for apartment living quite contrary to the Pug. They need open space and lot of ground to play and burn off that excess energy which keeps them on and active all the time. If not given enough play and activity, they can get destructive in the effort to use that excess energy within, which will result in shredded carpets, boots, dresses, cardboard, books and what not.

Also pitbulls have the Alpha feeling and instinct in them. Hence to help your pitbull not get dominant and take over on you, you must always keep strict control on it, and never ever let it feel that anyone other than you is the Alpha and controller.

Characteristics of the Pug

The Pug is totally different than the Pitbull, and most of it’s trait are contrary to those of the Pitbull. The Pug is a small and cute dog, which is considered a lapdog for it’s habit to cuddle and stay in it’s owner’s lap through the day or whenever given the chance. It never leaves the side of the owner, and follows the owner everywhere.

The Pug is characterized by the funny face with square jaw, flat nose, big bulgy dark eyes, which gives the face a cute and funny look. They shed profusely but don’t slobber much. They are extremely affectionate, attention loving. They are very playful, mischievous, humorous, and loves playing with family and kids. The pug is not a watchdog or a protector. It’s just a cute companion and lapdog which is extremely loyal, and will never bite or bark on you. Rather it seldom barks, and generally never bites. 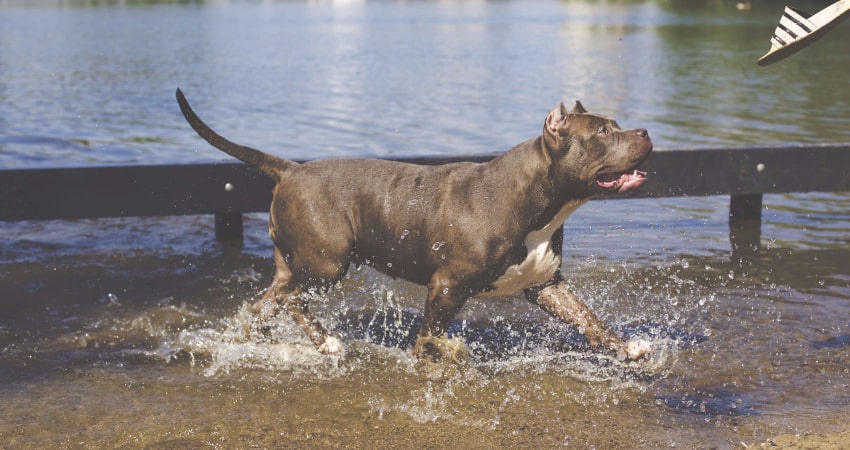 They are perfect for apartment living, and don’t demand much of outing. Inhouse play and activities are good enough for them, and if you take it for a walk outdoors it’s a bonus.

What to anticipate from the Pitbull Pug Mix

The Pitbull pug mix plays a lot and sheds rarely. Unlike the pug that is quiet, this one barks a lot also. The Pugbull is quite good and adaptable for apartment living, and has a nice temperament towards family.

Appearance of the pugbull is short, weighing between 20 to 35 pounds. Nose color of the mix breed may be blue or red or black, and eyes are generally brown. Ears may be rose or button, and tail is very much like the pug, curled up sticking to the back and short. Just like the pitbull the pugbull terrier has a smooth coat and short fur. It inherits the short muzzle of the pug and the almond eye shape of the pitbull.

Normally a pugbull terrier would live for 10 to 13 years. It needs little grooming as it doesn’t shed much. Brushing on alternate days is okay. It needs t play and exercise, and demands activities. But training it may take time and patience. You must not let it go it’s way. Keep strict monitoring and tell it every time that you are the master. 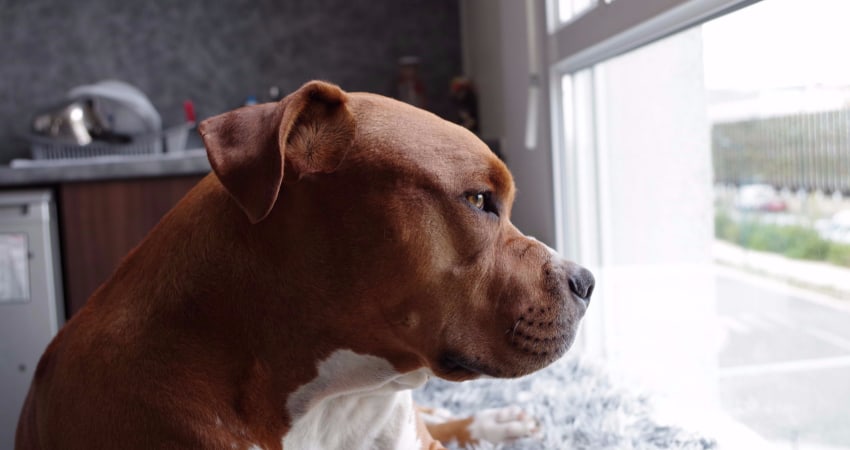 If you want to adopt the pitbull pug mix, you must carefully select the breeder. You won’t want a messy situation for owning a pugbull that came from a very aggressive pitbull parent. To verify that, and make sure that parents of both breeds were with great temperament and did not bear major generic diseases and problems, the breeder has to be a qualified and reliable one.

The pug costs around $350 and the Pitbull costs around $1200. The pugbull would therefore cost in between $700 to $1200. And this will vary from one breeder to another.

If you are looking for a family dog, that is friendly, looks sweet and adorable, needs minimum grooming, and is very loyal as a watchdog, and great with kids then the pugbull is a nice choice. It will demand just a daily walking and playing outdoors for some time, and you need to train it with patience.

Knowing all the pug mixes , can help you decide which ones to go for. Appearance is one thing, but the traits and temperaments matter too! Luckily, we have all these information for you.