The Frenchie Pug does not belong to the category of purebred dogs. It is the cross breed of two different types of dogs that are the French bulldog and the Pug. The french bulldog cross pug is also called with different names such as Frug, Pugbull, french bulldog pug, etc. These dogs are of small sizes and posses the physical attributes of both their parents. Offspring of these dogs which are crossbred has a mixed appearance of their parents. Generally these dogs have wrinkle face mostly on their forehead and also around their eyes with a short muzzle and also a snout like pugs. The ears of the Frug are mainly straight or plumb like their Bulldog parent. They also posses curled up tail like their pug parent. These dogs are generally of even-temperament and in recent days they are now well received in the matter of agility and also in guarding. Frugs are mainly kid friendly dogs and love to play with them. Pug and french bulldog cannot stand too warm or stuffy temperature and it is always better to keep them in lively environment or open garden. Before adopting a Frenchie pug one should always know about their parents. 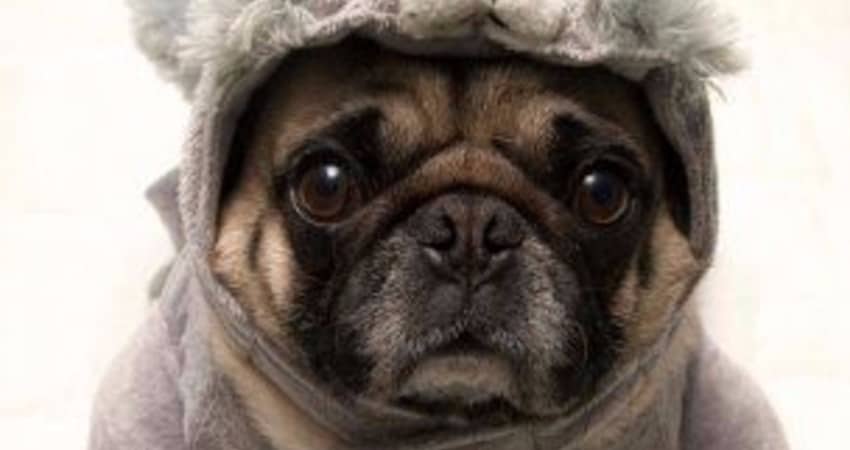 Information about the French Bulldog

The French bulldog comes under the category of small breeds of dogs of domestic type dogs. The lifespan of these dogs is 8 – 10 years. The origin of these dog breed is from France. These dogs are the direct decedents of an old Greek tribe that is dogs of the Molossians. They are commonly known as Frenchie. These dogs have the appearance of heavy bones, active, smooth coat, muscular dog, compactly built and are generally of small or medium sizes. The most common colors of French bulldog are tan or white with patches, fawn and different shades of brindle. These dogs have wrinkle on their face and mostly on their forehead. They have small eyes and their head is square shaped. The head top is slightly round but has to be flat. They have short and smooth hair and have velvety coating. These French bulldogs poses horizontal type of body with small legs which makes their stature small. They have a muzzle short and deep. They have very short nose and eyes wide apart which is far from the ears.

Information about the Pug

Pug also comes under the category of small breeds of dogs with short muzzle face, wrinkle on her face and a short curled tail. The life span of a pug is generally 12 – 15 years. They are active dogs and love to play with children and also with their masters. The origin of pugs is from China. They come in variety of colors such as fawn, silver fawn, black and apricot. The temperament of pugs is very charming and friendly. They are docile in nature and too playful. They are sociable dogs, charming and stubborn in nature. They are quiet and generally do not bark often and are very clever in nature. They are not good as guard as because of their small height and they are too calm in nature so they might not bark at the intruders. They have hinder legs and a horizontal body which makes their stature short. Height of a male pug is 30cm and of a female pug is of 25 cm. They have velvet coating with soft smooth and silky hair all over their body. They weigh 14 to 18 pounds. Read this post about their life span. 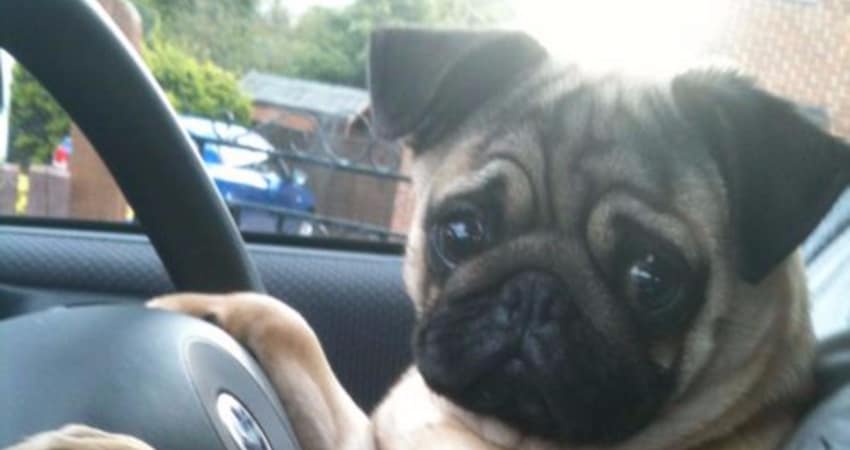 This cross breed possesses both the qualities of its parents. The good qualities possessed by the French bulldog and Pug are inherited to them so they become more adorable as a pet. The life expectancy of a Frug is 12 – 15 years. They may weigh between 15 to 30 pounds. These dogs were first originated in U.S.A. Frug makes excellent family pets and superbly goes with children of various ages and also with senior citizens. They generally love to follow their masters wherever they go. They are very curious and inquisitive in nature. When it comes to training it might be difficult to work with them.

Frugs are short in size and have wrinkle type face and around their eyes. They have flat skull though slightly rounded. They have bulky horizontal body and small legs which make them short in height. They have short curly tail. They come in different colors like brown, black, tan, golden cream, silver, merle, spotted, white and speckled. Their coating is smooth, silky, medium, glossy and fine. They have height of 13 to 15 inches.

Frugs are naturally energetic lively and intelligent and kid friendly dogs. They are attention seeker and love to get attention from their masters. These Frugs are very playful in nature and love the company of their masters and always follow them to where ever they go and they these qualities are by default inherited from their parents. As being soft in nature they coalesce with children of all ages and love to play with but should be under the guidance of adults as of their small sizes. They go well with canine and also non canine animals but should not be left all alone with big canine pets as because of their small stature. 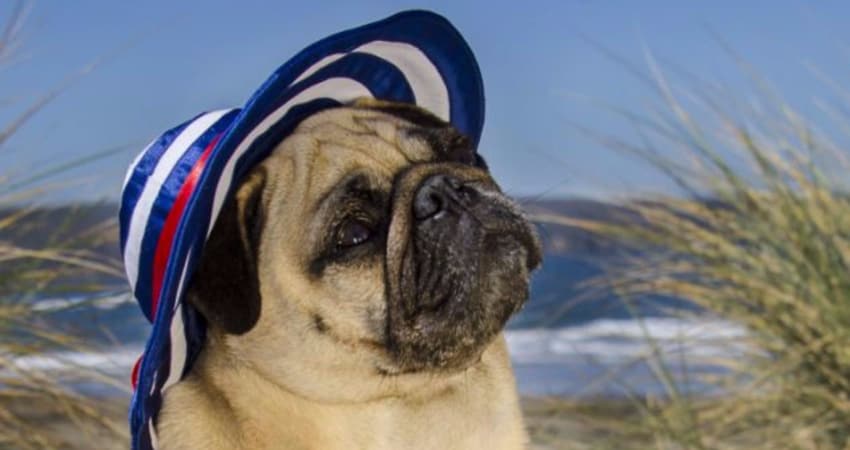 The Frenchie pug has awesome sense of disposition and fun loving. Frugs are mostly natural fun-lovers. They are always in a mood to entertain their masters and please their masters in each and every way as they can. They are always curious about their surroundings. They should not be left alone as they can feel dejected and lonely. They generally do not bark so it is not considered as a good watchdog, though it can be done through proper training.

Frugs shed very rare or little but grooming is necessary for them. You need to brush its hair almost every day and have to brush its teeth twice a week and its ears should be cleaned once a week. Bathing can be done once or twice in summer season and once a week in winter season. They will need one and half to two bowls of dry dog food daily.

Where to get Frug and its Price

It is necessary to get from a trusted breeder else they can provide unhealthy dogs with posses health issues like epilepsy, bad mood etc. it is better to get a pup so it can get well acquainted with the family members. The price of a Frung varies $1200 – $2500 as it is an expensive dog.