In the last few years, we have come across several adorable new breeds of dogs. Modern genetics and controlled breeding methods have allowed breeders to create safe new breeds that exhibit the best traits of its parents. We have had the chance to witness the splendor and immeasurable cuteness of the puggle, pomsky, miniature American shepherd and the Chinook. However, apparently, that was not the end of the list since the world was yet to see the shug.

What is a shug?

It might not be that obvious from the name, but the shug is a result of crossing the German shepherd with the pug. Thanks to the diverse possibilities of genetic combination, the resulting puppies are unique. In fact, you can get significant diversity in the same litter although all are born from the same father.

How does the German shepherd contribute to the awesomeness of a shug? 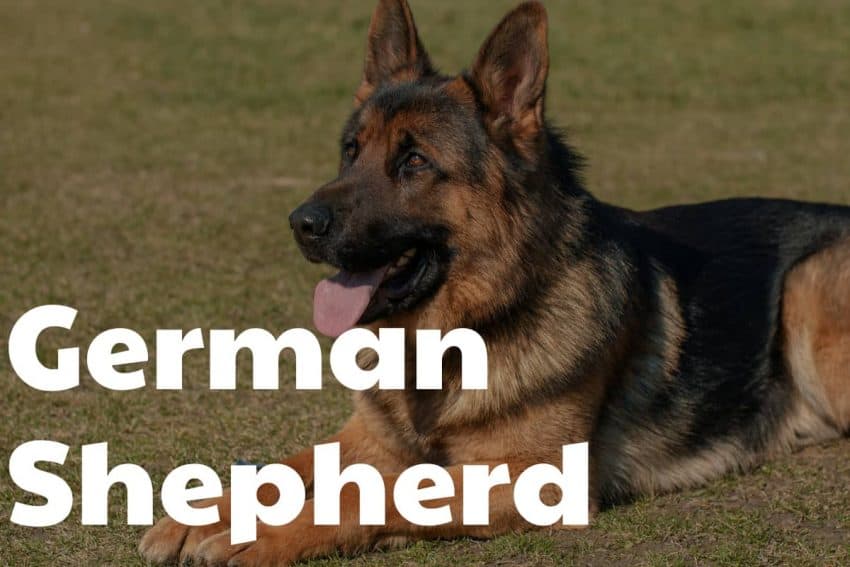 Although German shepherd was an exclusively herding breed, people have trained them over the years to be outstanding guard dogs, guide dogs, and service dogs. Their exceptional intelligence and lifelong aptitude for learning have aided the process.

They are amazing family dogs (shug dog) due to their loving nature. They are faithful guide dogs for the disabled and search-and-rescue dogs for the police. The military forces and police forces in the US rely on GSDs due to their incredible ability to learn fast. They can be indifferent and aloof towards strangers.

However, incorrect socialization, improper training and lack of enough activity can cause them to become aggressive and destructive. They are not natural loners and leaving them alone in an apartment can result in aggressive behavior problems and separation anxiety.

They have the tendency to act dominant especially in an environment with other pets and smaller children. Unless you can train and socialize your GSD properly, you should think twice before leaving them with an unknown sitter or your children and other pets at home. They become bored frequently and not paying them enough attention will lead to chewing problems.

Why are pugs the ideal parent for a mix breed pup?

Pugs have recently shot to popularity thanks to television commercials and Hollywood movies. They have become an integral part of the pop culture. Although they were nearly as popular as GSDs about two decades ago, they have been around longer than most dog breeds. Their first mention is in the works of Confucius in 550 BC. They have always symbolized royalty and luxury.

There was a time when pugs had their private quarters, personal guards and dedicated servants. They originated in China, and they are now ruling over the world with their cuteness. They are stout and round. They have snubbed faces, and they are goofy. In fact, their fun-loving nature has made them popular in countries across the world. From millionaires to middle-class families, everyone loves them due to their happy-go-lucky attitude.

However, do not be fooled by their innocent appearance. Behind those huge round eyes is a sharp brain that can even fool humans. In truth, human beings are their second love since food always takes the first place, and pugs will do anything from begging to deceiving to get a slice of that pepperoni pizza.

Once you know your dog’s tells, it is easy to train them. Pugs are smart, and they can be obedient when you are ready to listen to them as well. They do not like to be pushed around, so be careful about treating the small guys with respect. They adjust with other dogs, pets, and children in the house marvelously. They are ideal for larger homes as well as smaller city apartments, as long as you are ready to commit to a walk in the park every day. 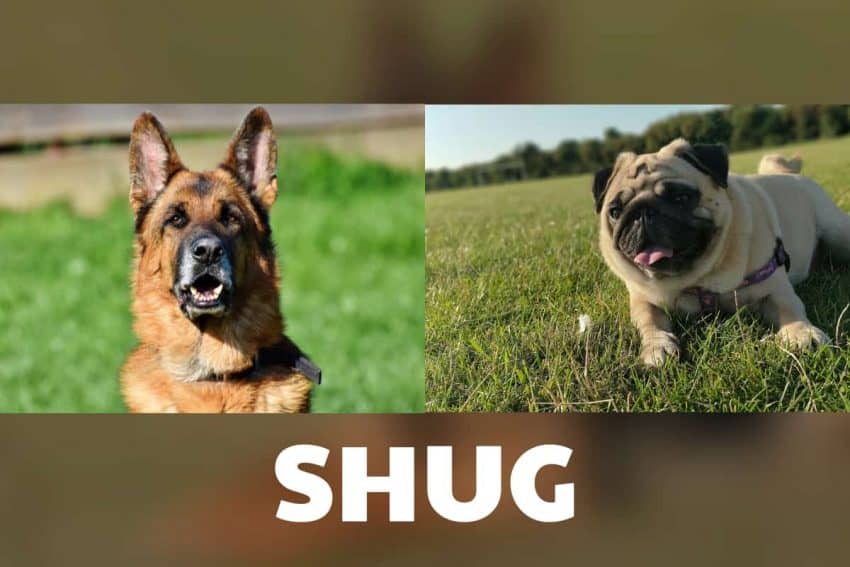 Why is a shug puppy so undeniably cute?

As a result, we expect the shug to be affectionate, friendly, intelligent, smart, naughty and playful. In fact, they are all of that are more! Thankfully, they are not big shedders and grooming them is never a pain.

Training them is quite easy too since they inherit the obedience from their GSD parent and the quick wit from their Pug parent. Most Shug owners confirm that training them is a rather fun and interactive process. They are always alert, faithful and by their master’s side. They are brave and obedient like the German shepherds.

Shug is suitable for small families as they are for the large ones. They can adjust to apartment life as easily as they can adapt to a farmhouse living. They need plenty of exercises since they inherit oodles of energy from each parent.

Shug dog is an active breed, and you need to keep them active to maintain their good health. They are highly dependent on human interactions, and they require emotional bonds. Therefore, unless you can spend more than a couple of hours with your dog, you should not think about getting a shug.

Where should you look for a shug?

Unlike other big dog and pug mixes, the shug is a standard crossbreed. Although the facial features, coat colors, limb features and tail type can vary between the different litters of the same parent, their overall friendly attitude does not waiver. Just like most other mixed breeds, the pug and German shepherd mix do not receive an AKC certification or the clearance to participate in dog shows.

However, several AKC approved breeders do support the cross of these two breeds. Look for breeders or dog owners, who have given away or sold Shug before to ensure that their litters are healthy and free from genetic ailments. Checking the review of the breeders, speaking with other shug parents and adopting from shelters does help in finding healthy mix breed puppies.